Chiropractic has a Positive Effect on Depression and Anxiety: The Brain Connection

Chiropractic has a Positive Effect on Depression and Anxiety 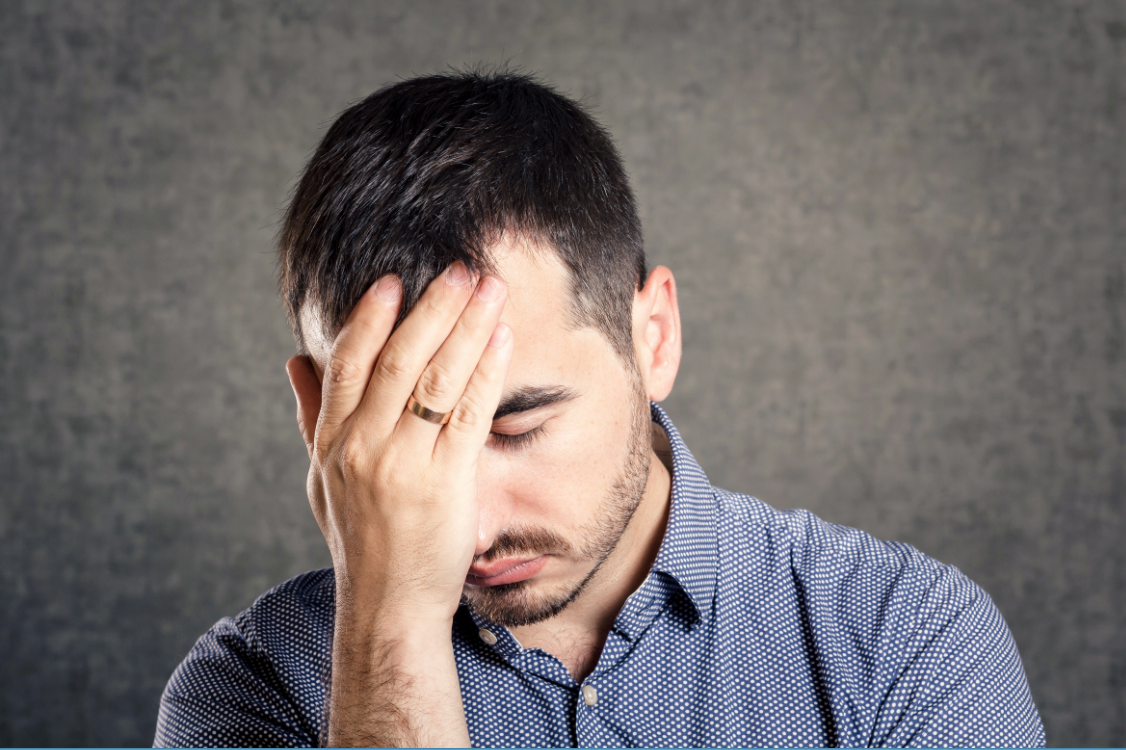 Many patients who experience pain, also have concurrent anxiety and/or depression. Sometimes the pain doesn’t have to be severe or traumatically caused, it just exists for reasons unknown. Through the years, too many patients go to doctors and state they have been depressed or have an unusual amount of anxiety for reasons unknown and the doctor when asking probing questions uncovers that the patient has been in pain. Intuitively, the doctor and patient have concluded the reason for the depression or anxiety has been one of frustration out of being in pain for so long.

This author has experienced that for over 3 decades of treating patients in both acute and chronic pain with no answer better than “This too shall pass, be patient.” Research has now given us answers.

“Within the brain, the pain experience is subserved by an extended network of brain regions including the thalamus (THA), primary and secondary somatosensory, cingulate, and insular cortices. Collectively, these regions are referred to as thepain processing network (PPN) and encode the sensory discriminate and cognitive and emotional components of the pain experience. Perception of pain is dependent not merely on the neural activity within the PPN [pain processing network] but also on the flexible interactions of this network with other functional systems, including the descending pain modulatory system” (Gay et al., 2014, p. 617).  This is part of the reason why some patients experience pain differently than others.  Some have anxiety, depression and are at a loss to function while others can “ignore” the pain and maintain an adequate functional level as a productive member of society.  Pain is deeply tied to the most primitive regions of the central nervous system and it appears as chiropractors have observed clinically for 116 years that therapeutically speaking, we can have an influence on these higher centers with little or no side-effects. Simply put, patients under chiropractic care have reported an improvement of both anxiety and depression after chiropractic care, which has also been this author’s repeated experience.

Gay et al. (2014) went on to report, “This study assessed the relationship of brain activity between regions of the PPN [pain processing network] before and after MT [manual therapy or chiropractic spinal adjustments]. Using this approach, we found common and treatment-dependent changes in FC [functional changes]…Our study is unique in our neurophysiologic measure because we used resting-state fMRI [functional MRI] in conjunction with FC [functional change] analyses. Our results are in agreement with studies that have found immediate changes using other neurophysiologic outcomes, such as Hoffman-reflex and motor-neuron excitability, electroencephalography with somatosensory-evoked potentials, transcranial magnetic stimulation with motor evoked potentials, and task-based fMRI with peak BOLD response” (p. 619 and 624).  This study concludes that chiropractic spinal adjustments create functional changes in multiple regions of the brain based upon multiple outcome measures.   In the study by Gay et al. (2014), this was measureable and reproducible.

We also know that chiropractic is one of the safest treatments currently available in healthcare and when there is a treatment where the potential for benefits far outweighs any risk, it deserves serious consideration. Whedon, Mackenzie, Phillips, and Lurie(2015) based their study on 6,669,603 subjects after the unqualified subjects had been removed from the study and accounted for 24,068,808 office visits. They concluded, “No mechanism by which SM [spinal manipulation] induces injury into normal healthy tissues has been identified(Whedon et al., 2015, p. 5).

Frank was an innocent victim of a drive by shooting that left him a quadriplegic, 20+ years ago. This author was asked if I could help make him a little more comfortable as his neck was tight from being locked in one position for a lifetime and I made house calls for 2 weeks to see if I could help reduce some of the neck tightness. After the first adjustment, he regained some use of his right hand and a few fingers and I never had an explanation as to why because I didn’t treat the specific spinal segments connected to those fingers. From what I recall, Frank went on to become a computer programmer. On the opposite end of the spectrum, Rob was a defensive tackle for an NFL football team playing at an all-star level. He came to see me because his back was sore from the pounding of a life of football. After 3 months of care, he reported that his time in the 40 yard dash decreased, his vertical jump increased and he was able to lift more weights in both his arms and legs than before. All things for which I had no explanation for all those years ago.

We are now starting to get answers and reasons for what were once considered “miracles.” The research has verified that the chiropractic adjustment does not deliver miracles, it only helps the body work better and we now know why. This article could easily be titled, "Regaining All Movement and Function with the Chiropractic Spinal Adjustment," and would not be inflammatory based upon the scientific evidence being published today. With an aging population reaching 35,000,000 in 2030 according to Kleinpell, Fletcher, and Jennings (2015), and a mobile society that often gets injured, a key component to health is one of function. In the musculoskeletal genre, functioning is the ability to move and perform activities that range from those required of professional athletes and artists to those of the elderly such as simply walking or writing. In every society, people need to be able to move and function to experience life at its fullest.

According to Haavik and Murphy (2012) “There is growing body of research on the effects of spinal manipulation (chiropractic spinal adjustments) on sensory processing, motor output, functional performance and sensorimotor integration…how an initial episode(s) of back or neck pain may lead to ongoing changes in input from the spine which over time lead to altered sensorimotor integration of input from the spine and limbs” (p. 768). What this simply means is that chiropractic spinal adjustments change how the brain gets its information, how it processes that information and then how it sends it back to the different regions of the body so that we can function and move better. In addition, the research has given evidence that these brain changes cause pain to decrease as a result of the chiropractic spinal adjustments and this can affect all of the limbs.

What this means is that injuries play a significant role in function and individuals can lose function very quickly, but a chiropractic spinal adjustment can help regain that function. The research also suggests that because this is an issue with the brain losing correct information from the limbs, parts not injured also lose function and conversely, when unaffected areas get treated, the brain makes adaptive changes and resolves pain in multiple areas.

“Numerous activities of daily living are dependent on appropriate interaction between sensory and motor systems allow us to engage with our environment. It allows us to reach for and grasp objects, detect and turn towards an auditory stimuli or respond to perturbations from the environment in order to maintain postural stability, balance and locomotion. A breakdown anywhere in these multimodal sensorimotor feedback loops has the potential to greatly affect other interconnected neuroanatomical subsystems, in either an adaptive or maladaptive manner” (Haavik & Murphy, 2012, p. 769).

Gay, Robinson, George, Perlstein, and Bishop (2014) reported that chiropractic spinal adjustments create functional changes in multiple regions of the brain based upon multiple outcome measures. In the study by Gay et al. (2014), this was measureable and reproducible. In addition, this has far reaching affects in setting the foundation for understanding how the adjustment works in systemic and possibly autonomic changes by being able to measure and reproduce functional changes within the brain as direct sequellae.

We also know that chiropractic is one of the safest treatments currently available in healthcare and when there is a treatment where the potential for benefits far outweighs any risk, it deserves serious consideration.  Whedon, Mackenzie, Phillips, and Lurie (2015) based their study on 6,669,603 subjects after the unqualified subjects had been removed from the study and accounted for 24,068,808 office visits. They concluded, “No mechanism by which SM [spinal manipulation] induces injury into normal healthy tissues has been identified (Whedon et al., 2015, p. 5). 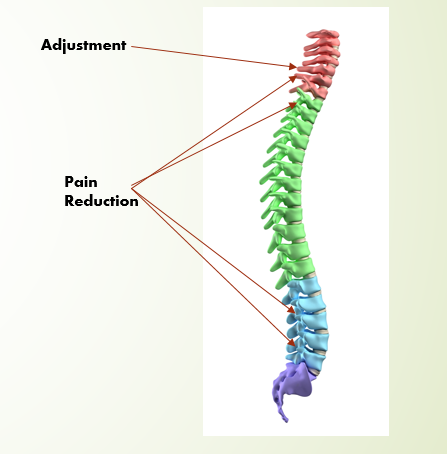